Retreat From The Windmills

Here is another painting I finished last month and a bit of the process behind it.

I started off with a few thumbnails that I eventually worked up into a more rounded rough (see previous post). Then I did the usual sizing up and transferring onto stretched watercolour paper but this time I only did a slight underpainting on the background, leaving the characters of Don Quixote and Sancho Panza in white. The main reasoning was to let the local colours of the figures be a bit more punchy, I didn't want a sepia underpainting to mute them.

I started with the sky first but quickly realised I was never going to to get a smooth finish in watercolour. I generally try to stay away from masking things because you tend to get some nasty hard edges and tide marks that can be really difficult to lift out with the brush after the masking fluid is taken away. I decided to move onto the rest of the painting and then come back to the sky at the end with some gouache. 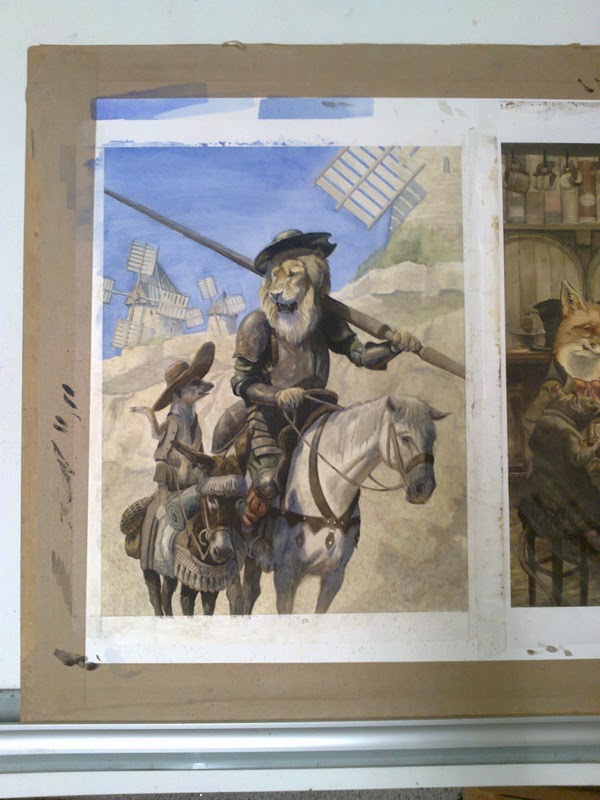 Above you can see the majority of the watercolour work finished. Note the painting is sharing a the stretched watercolour paper with another painting but don't worry I've protected that one with acetate (top tip!).

On to the gouache sky: 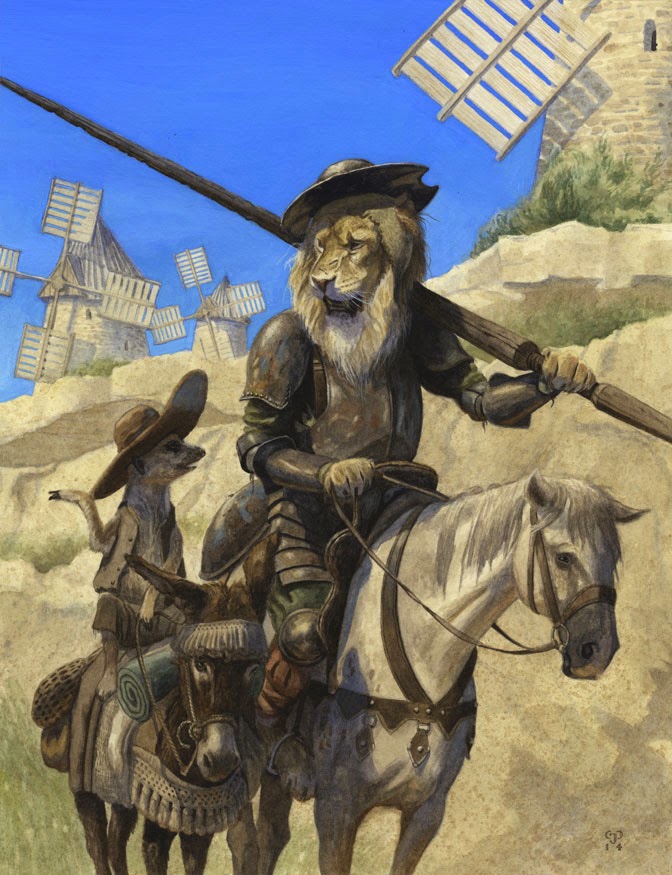 Hmmmm, not great. I was going for a flat graphic look but the challenge I had set myself was to make the background the lightest tone, the sky the mid tone and the characters the darkest tone. However because the background is not actually that light I had to compensate by darkening the blue sky more than I would have liked which then challenged the darker characters for supremacy. It was an epic battle and it wasn't resolved until my client said 'lighten up'. So I did, I lightened the sky on the horizon with white gouache. 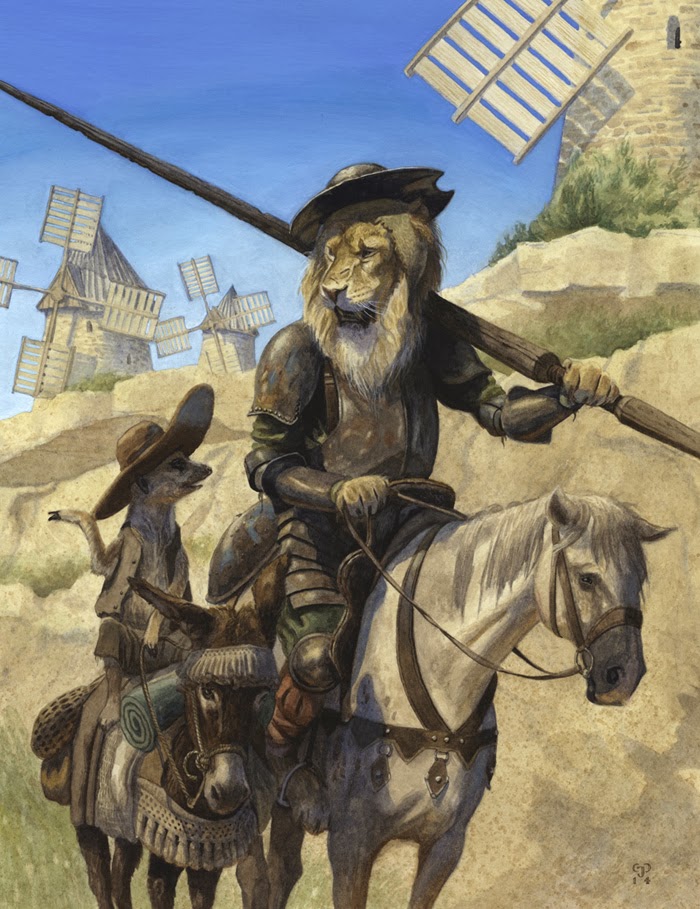 It was really hard to go back into a dried flat sky, rework the bottom half and keep an even transition with the top half. Next time I'm putting clouds in. 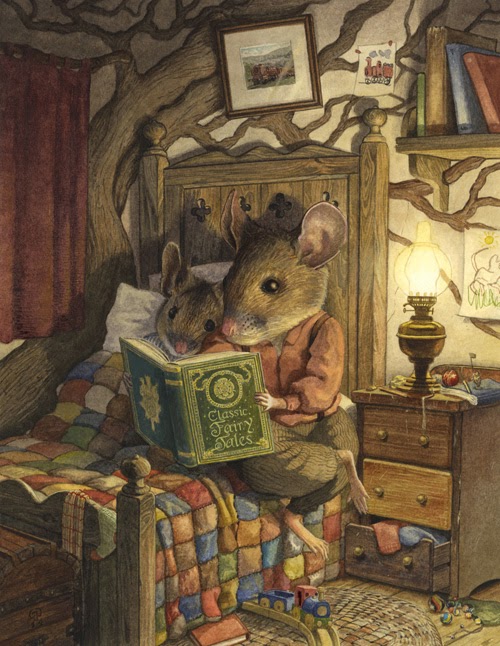 A few weeks back I finished 'Bedtime Story', I'm sorry it has taken me so long to post the final image. This scene is the type of thing I will hopefully be experiencing with my son very soon and therefore this painting is already dear to my heart. Having said that hopefully his bedroom won't have tree roots built into the walls.

As a quick aside, the lamp is real and it's on a sideboard illuminating my keyboard as I type this post. I've been meaning to get it into a painting since we bought it 3 years ago. 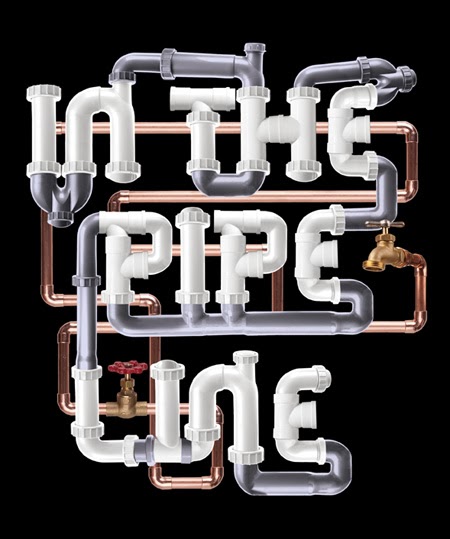 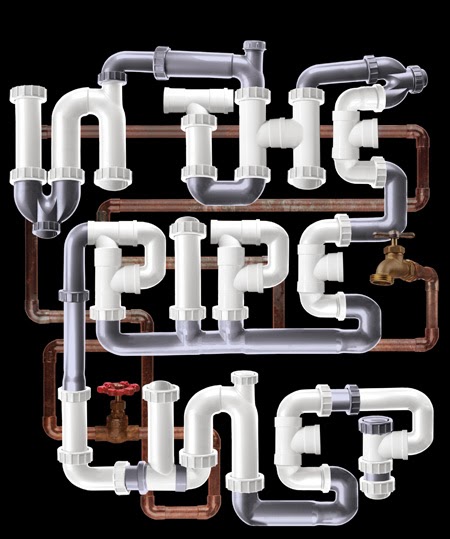 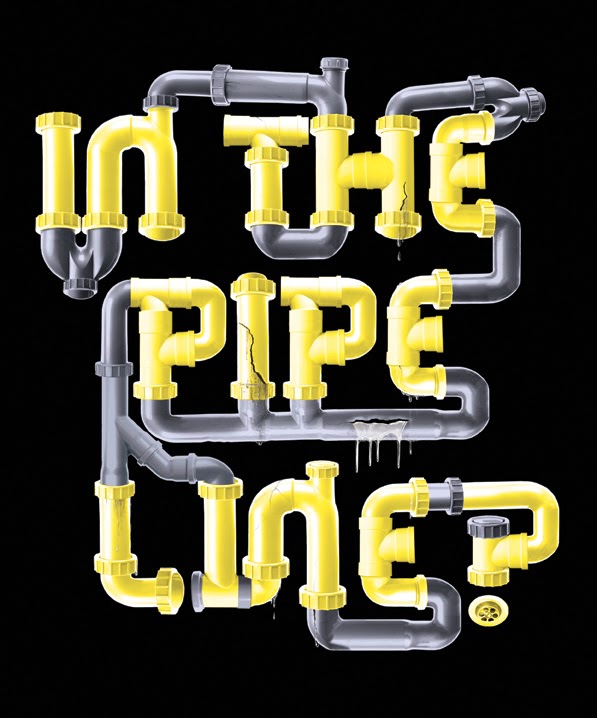 Illustration for The Times 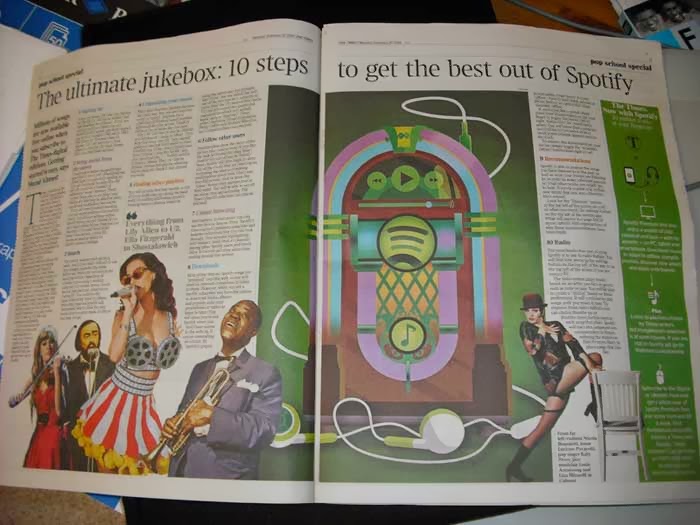 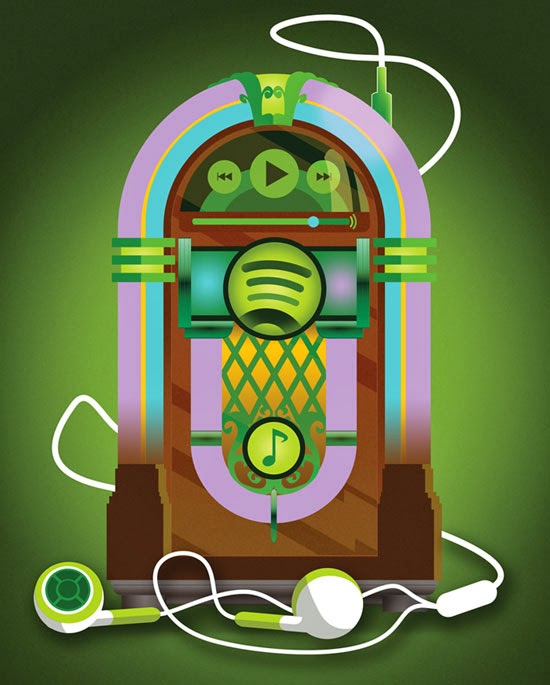 Lots of fun to work in Adobe Illustrator for a change and very quick turnaround. Thanks to Denise Kelly for the job.