The painting is now finished, I transferred the 'singing heads' then thinly added highlights with Titanium White. I await the final verdict (scary stuff)... 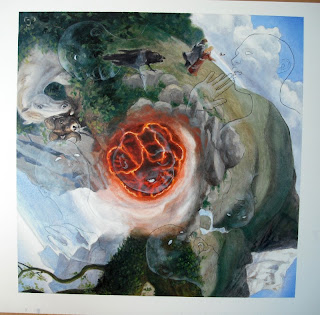 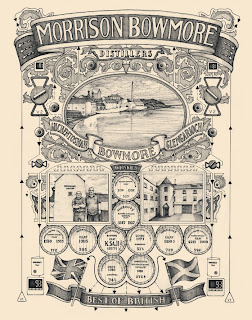 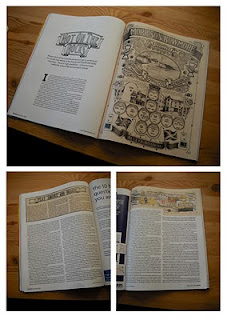 Not your average Bonfire Night

As the large firework displays were just beginning over Swindon, Suzanne and I went up to Barbury Castle to get a spectacular and rather chilly panoramic. Barbury is what's left of a large Iron Age hill fort the impressive ground works are still there which includes a perimeter ditch roughly 25ft deep so making our way round that was a bit hairy in the dark however our trusty torch and flask saved the day - or rather the night.

Apologies for my poor photography. Left is a blurry view of the bonfire in the next field, Right is an even more blurry Swindon void of fireworks because I've never managed to time a photograph well. Unfortunately you can't see the smoke accumulating from the many fires lying low over the town which is a shame because it gave an ethereal quality to the view.
Posted by Chris Dunn at 20:21 No comments:
Labels: Bonfire night fireworks barbury castle swindon iron age fort

The blueprint for an heroic leader. 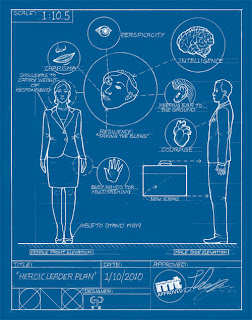 Above is a single page illustration I completed for Management Today that was published last month. The concept was reasonably straightforward but even so my small bit of training in technical drawing helped immensely, without it who knows how the piece would have turned out? 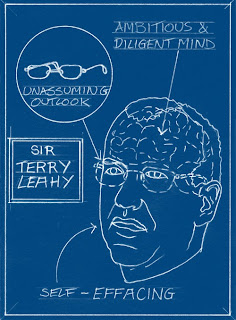 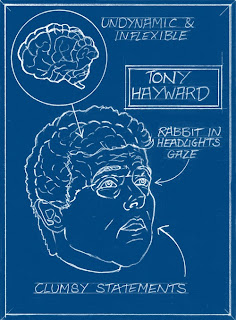 I was also asked to supply a couple of spot illustrations based on two well known business leaders. Fortunately for Tony Hayward his annotations didn't come from my pen. I don't think the feature would have made the print otherwise ;-) 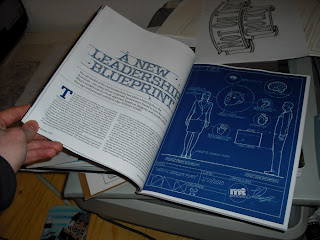 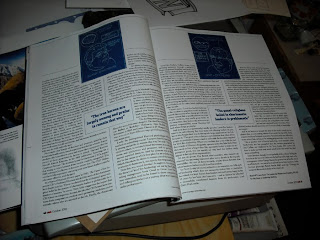 As they are meant to be seen.
Soon I'm hoping to put up the most recent bit of work I did for the same magazine. Mostly black and white and ridiculously detailed - my eyes are still trying to re-adjust.
Posted by Chris Dunn at 20:21 No comments:
Labels: Management Today Blueprint Tony Hayward Terry Leahy Plans Photoshop Technical Drawing 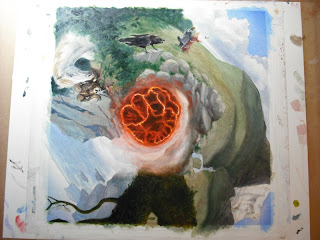 I've been adding oil colour to the under-painting of 'Ainulindale' in-between other work, despite the slow progress it's finally coming together. Tomorrow I shall move onto the foliage highlights and then the faces can be added when the paint is touch dry.
Posted by Chris Dunn at 20:33 2 comments:
Newer Posts Older Posts Home
Subscribe to: Posts (Atom)