Below are two ideas that I will be working up into paintings next month. 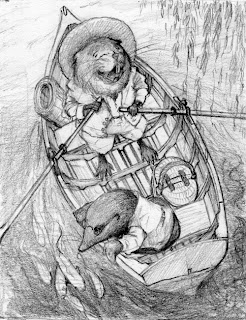 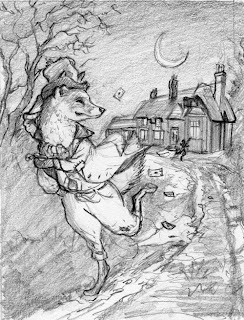 Lovely Day For It

Just in case you ever wanted to know what a group of snails having a picnic in the rain looks like. I learnt a heck of a lot doing this one such as I've got to be really careful with the paper when wet. Suddenly out of nowhere marks started to appear as I painted which means I must have scratched it when I was stretching it or maybe let the paper get too wet and therefore vulnerable to the slightest indentation. 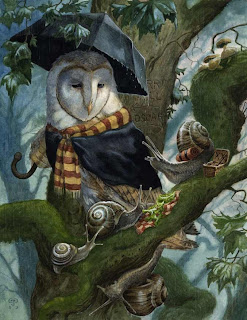 Number two of three for a private commission. The first was King Louie, the brief being the painting had to show lions and puffins. 'Lovely Day For It' was a barn owl and snails and the last painting will be depicting a basset hound and mice (see below). 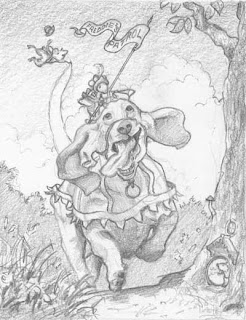 I have just put the finishing touches to 'Masterchef' this morning. You can see the odd highlight on whiskers and fur with gouache but the vast majority of the painting is water colour. 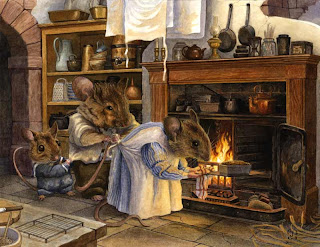 Hopefully the narrative in the painting is very clear. I wanted to bring across a nice homely feel to this image which be in a contrast to some of the other ideas I have down the line for this series of work.

Below you can see two paintings I am working on right now, even as I type this my other hand is holding a paintbrush, one eye is on the screen and the other eye is overseeing my brushwork. I'm also playing 'The Entertainer' on an old upright piano I have in the corner of my studio, I really hope the wind doesn't change or I'm stuck like this forever.

In order of appearance, sepia underpainting and corresponding initial sketch below. 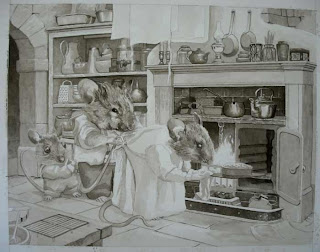 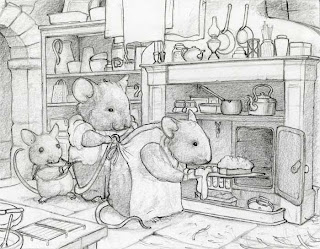 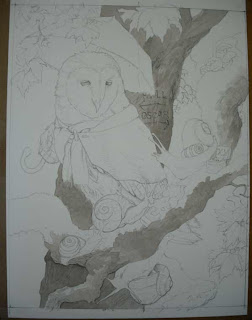 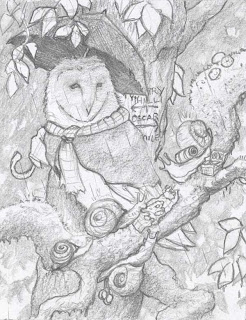 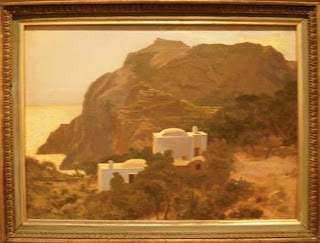 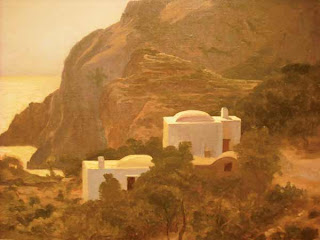 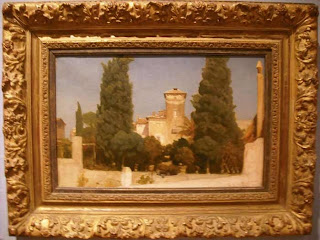 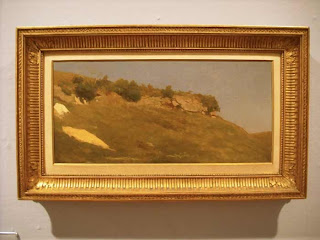