Hot Off The Press...

A proof of my first (to be) published children's book is here!

It's called Momo & The Totobrats, written by the wonderful Wendy Hesketh and illustrated by yours truly. 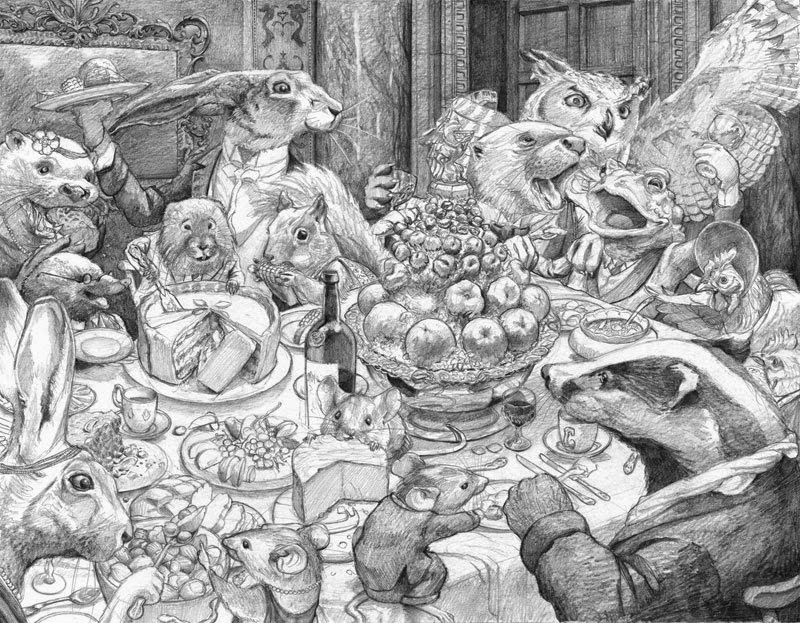 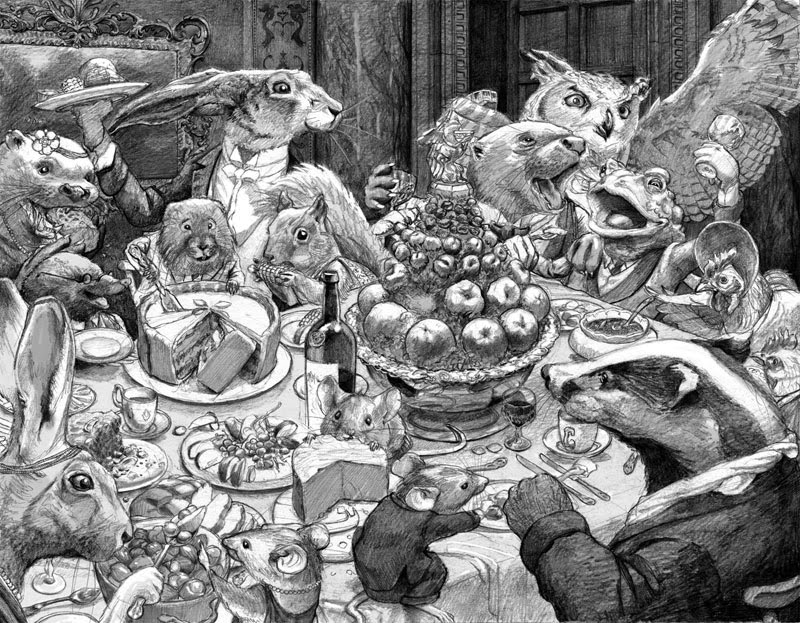 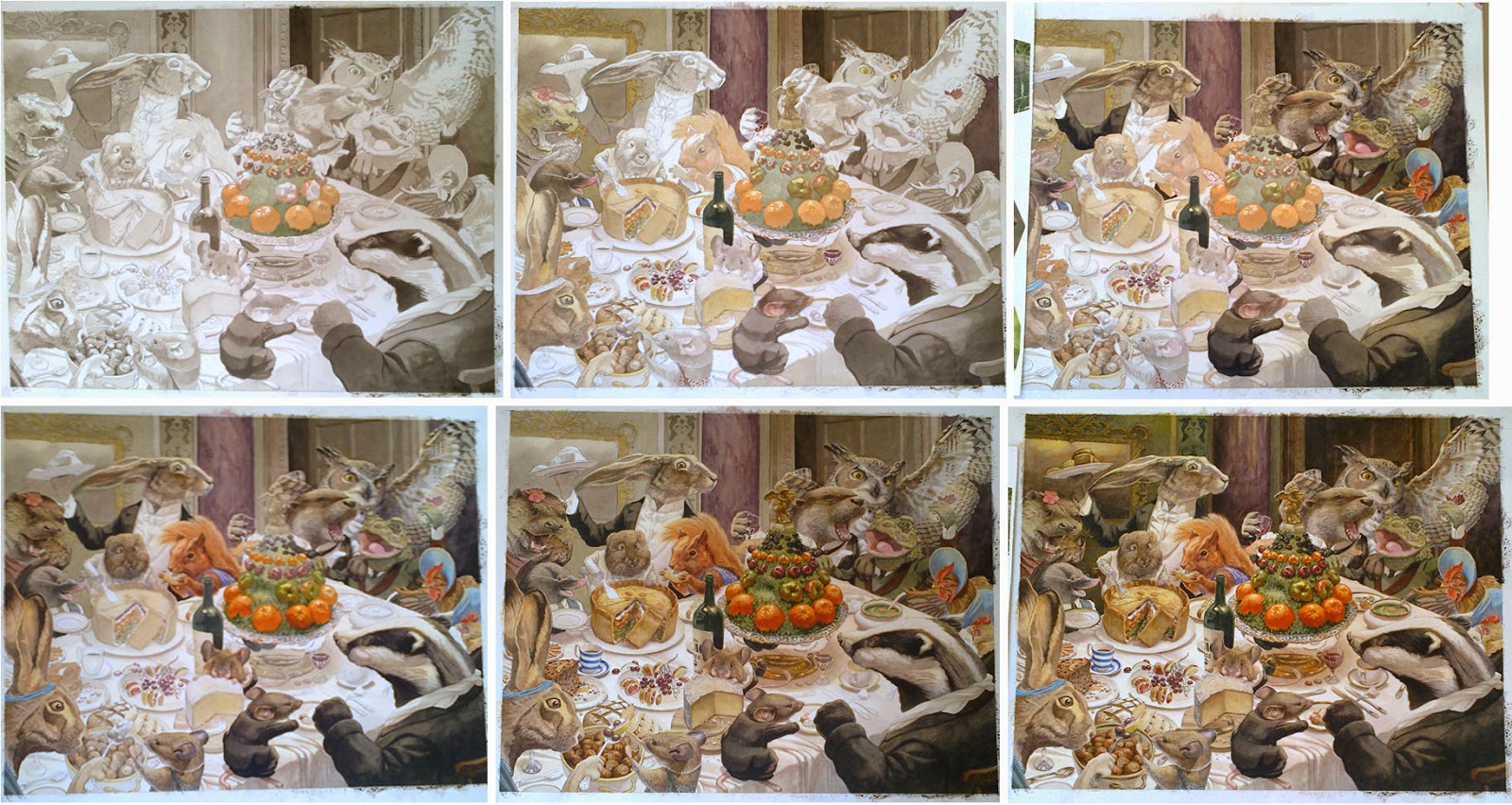 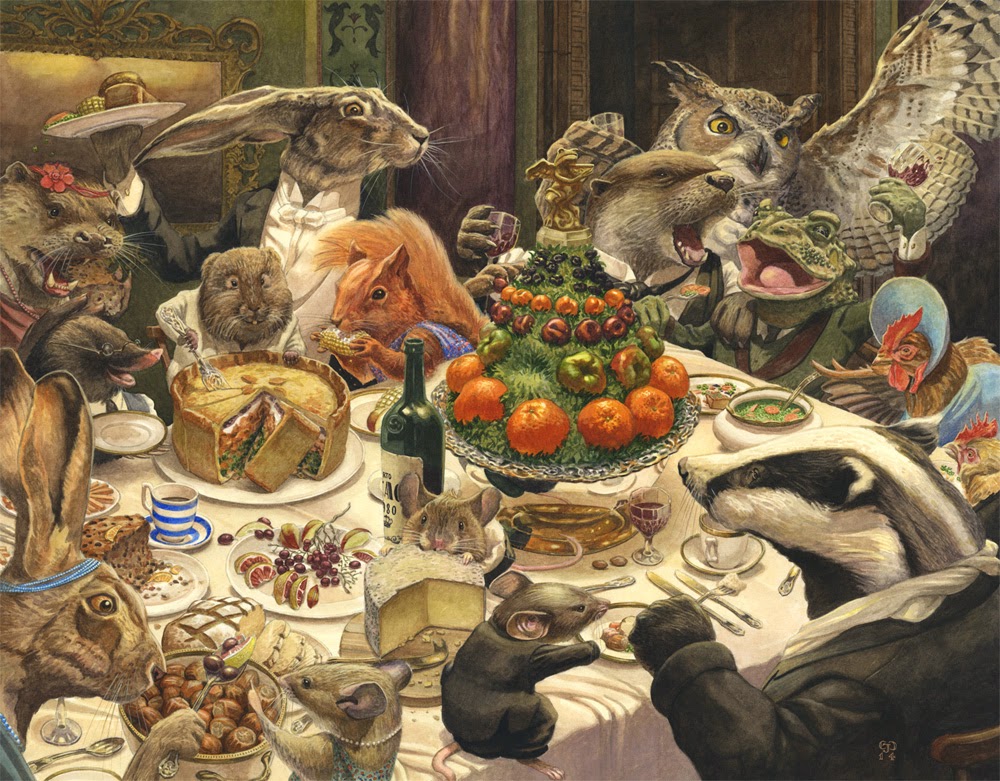 Here are a couple of shots taken on my phone as I'm working on my latest painting. 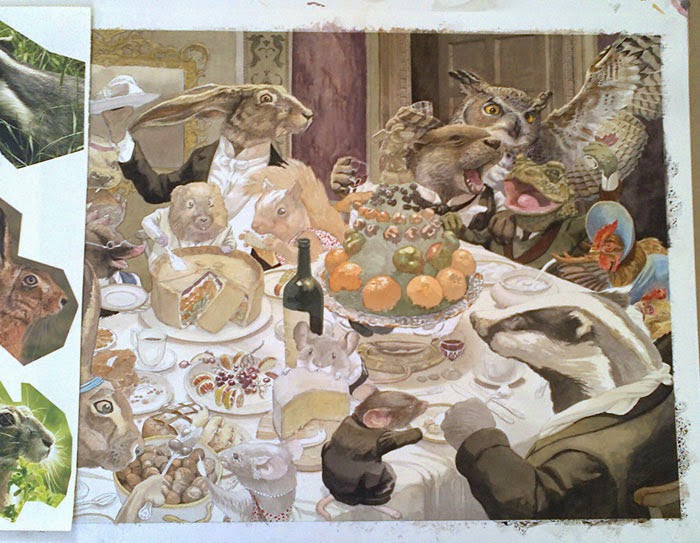 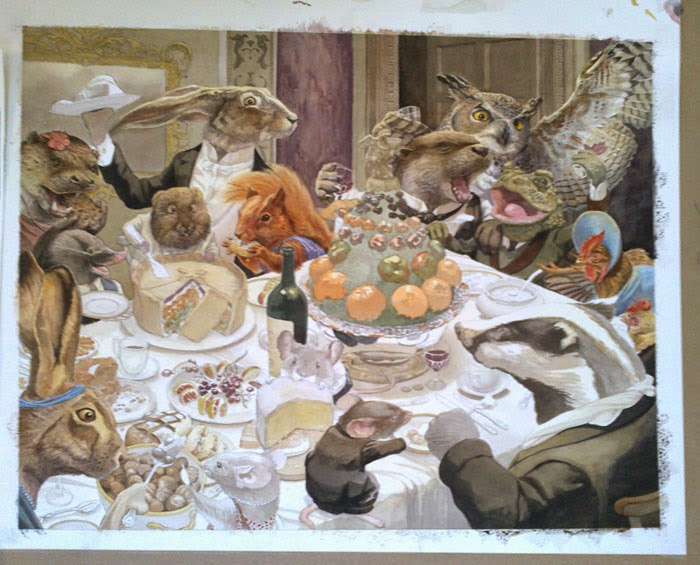 I'm now slowly making my way anti clockwise around the painting by concentrating on each character in turn. Once I've done the badger then I will take a look at the table and then the background. After that it's a case of pushing the values.
Posted by Chris Dunn at 08:48 1 comment:
Labels: Animals, Art, Artwork, Badger, Chicken, Chris Dunn Illustration, feast, food, funny, hare, Mice, Mole, Mouse, Otter, painting, ratty, squirrel, Toad, water vole, Whimsical

Some of you may already have spotted this painting on my drawing board in a previous post. This was a very simple painting to create because I have already done something very similar for my wife, a painting called 'Autumn Scribe'. The real difference in this is the backdrop which is lifted straight from Lacock Abbey cloisters (home of the Harry Potter films and others). 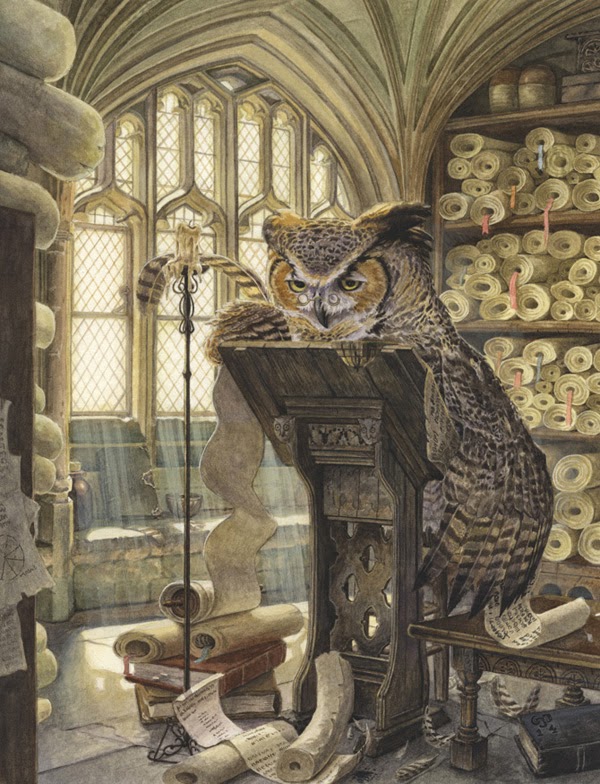 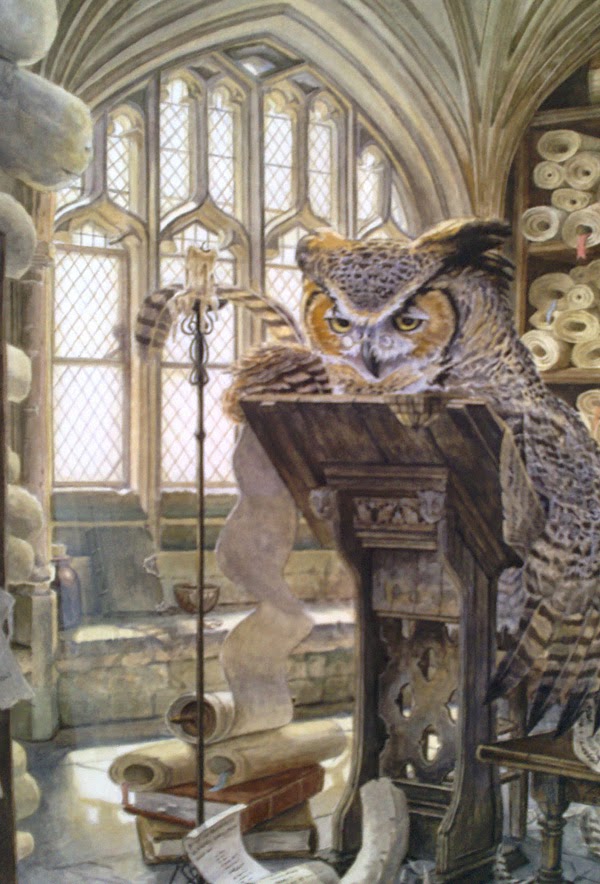 Above is a detail of the window (I know it's most of the painting) just before I started to really pile on the pale yellow gouache. I was going after sunlight illuminating the dust in the old archive and I really think it worked.
Posted by Chris Dunn at 20:36 No comments:
Labels: Animal, Art, Chris Dunn Illustration, cloisters, lacock abbey, owl, painting, scrolls, the scribe, watercolour, Whimsical, window, writing

If you happen to be in the area please come and say hello during the Cloth Road Arts Week. My studio will be open from 11am - 6pm every day except Tuesday 6th. You will find originals, prints and things I forgot I had until now.