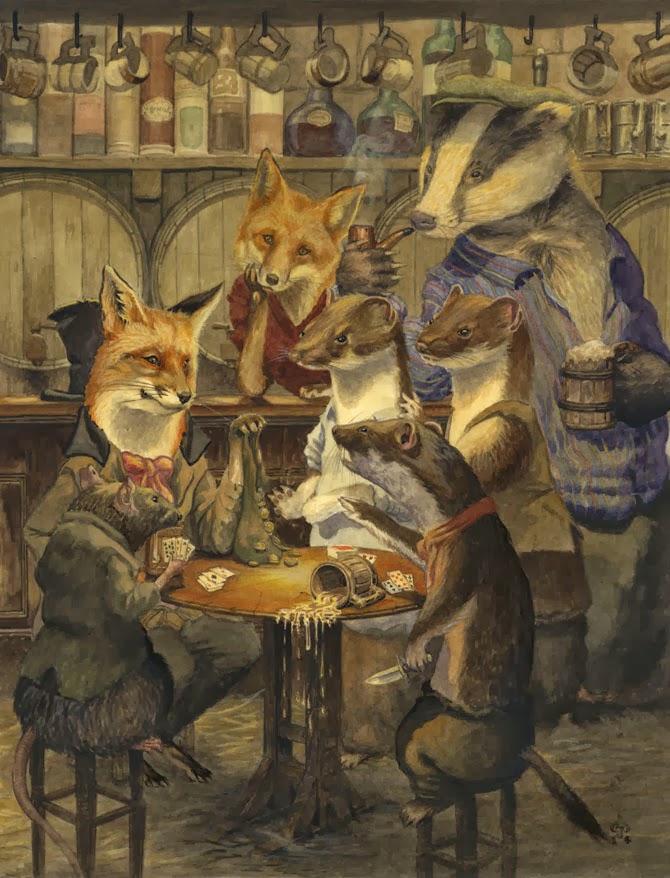 The overall intention of 'The Card Game' was to produce an image that at first glance appeared whimsical and pleasant. It wasn't until the viewer took their time to study the scene that they could see the game of cards is about to turn very sour indeed.
Posted by Chris Dunn at 21:35
Labels: Art, Artwork, Badger, Barrel, Beer, Chris Dunn Illustration, Fox, Gambling, money, mug, pint, Pipe, Pub, Rat, sly, Stoat, The Card Game, Vixen, Whimsical