Progress on ArtOrder and RWS Call For Entries

Below you can see my latest revised rough for the ArtOrder Levi Challenge. I keep uploading different versions to WipNation in the hope other users will comment, critque and generally steer me towards a better image. So far it seems to be working. 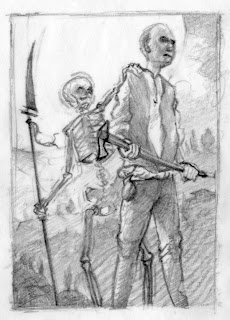 I have to stress these sketches are done quickly and without figure reference. When I'm happy with the composition I shall photograph myself in these poses to guide me for the final pencil work.

In other news the RWS (Royal Watercolour Society) has released a Call For Entries for it's Open Contemporary Watercolour Competition 2012. The deadline is 11th January, I think I can feel a portfolio raid coming on!
Posted by Chris Dunn at 15:47 No comments:
Labels: ArtOrder Levi Medieval Pencil Sketch Art Roughs Ideas Chris Dunn Illustration RWS Open Contemporary Watercolour Competition Call For Entries 2012

There's an interesting Art Order Challenge on at the moment especially if you like medieval gravediggers and walking skeletons.

You can track my progress here. There are still lots of things I need to address in my initial sketches and I'm sure more will become apparent as people comment. However for now I'll post my current version below. 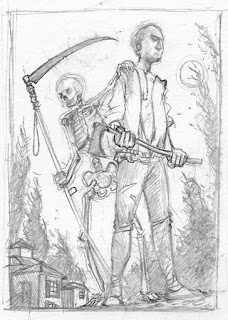 Below you can see the finished illustrations. I was very pleased with the end result and once again the concentrated watercolour inks played a significant role in Tony Pidgley's suit. I was able to lay down the tones in his jacket without overly worrying about maintaining soft edges because I knew the second layer of inks would blend the folds and creases together nicely. The pinstripes and highlights were then suggested with pencil crayon. 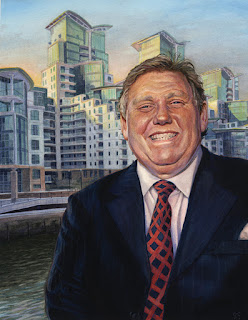 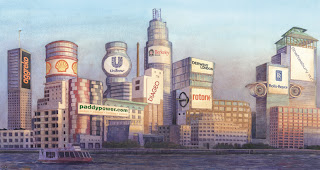 'Most Admired British Companies' cityscape for
Management Today Magazine
The illustrations seemed to print quite dark in the magazine and I'm not too sure why. Next time I'll have to lighten everything a tad in Photoshop. 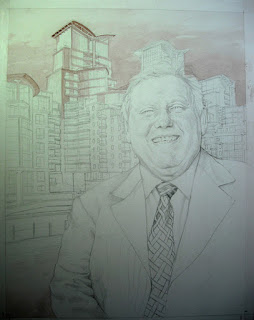 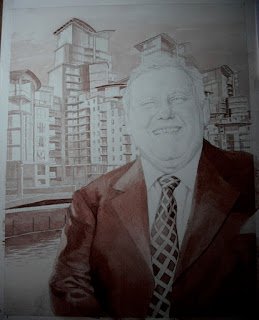 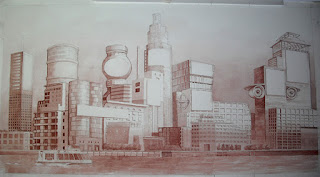 In my next post I shall reveal the finished illustrations and how they looked in the magazine which arrived in the post yesterday morning.
Posted by Chris Dunn at 19:39 No comments:
Labels: Management Today Top 10 Britain's Most Admired Companies Tony Pidgley Berkeley Group Chris Dunn Illustration Art Pencil Acrylic Skyscraper
Newer Posts Older Posts Home
Subscribe to: Posts (Atom)